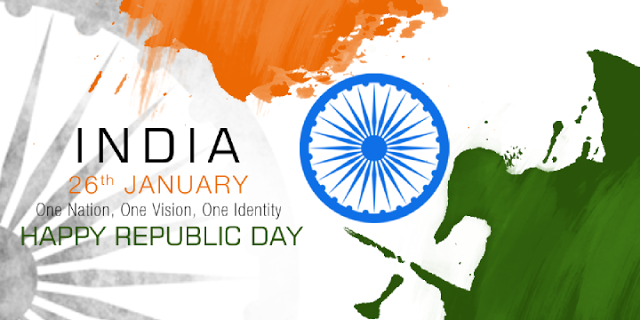 The Republic Day is a national holiday of India, celebrated every year on 26th January.

This day celebrates the anniversary of the Constitution of India and the transition of India from a British Dominion to a republic on 26th January 1950.

After getting freedom from the British rule on 15th August 1947, India was headed by King George VI until the constitution of India came into force on 26th January 1950. On this day India is declared as a democratic republic nation. Dr. Rajendra Prasad was elected as the first president of India.

The Day is celebrated with great pride and enthusiasm throughout India. Every year on this day a grand parade is held in New Delhi. The parade starts from the Raisina Hill near the Rashtrapati Bhavan (President’s Palace), along the Rajpath, India Gate and on to the Red Fort. The different regiments of the Army, the Air Force, and the Navy participate in the parade with all their finery and official decorations. The President of India, who is the Commander-in-Chief of the Indian Armed Forces, takes the salute and addresses the nation.

On this day Indians proudly fly their tricolor Flag, sing patriotic songs like “Vande Mataram”, “Jan Gan Man” and pay tribute to all the freedom fighters who sacrificed their lives in order to gain the freedom for India.